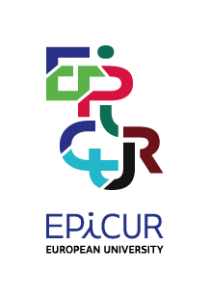 The Université de Haute-Alsace is part of the 8-partner alliance in the European Universities project: European Partnership for an Innovative Campus Unifying Regions (EPICUR) which, in July 2019, won the “European University” call for pilot projects that was launched within the scope of the European Commission’s Erasmus+ programme. The aim of this call for projects was to encourage the emergence, by 2024, of about twenty European universities to go above and beyond the current modes of cooperation in higher education. Setting up European inter-university campuses will also offer students the chance to experience real mobility, irrespective of their level of studies.

The creation of European universities will help to boost the international appeal of European institutions. Its aim is to educate a new generation of creative European citizens capable of cooperating across borders, disciplines and languages. It will further enable them to take on the major challenges of society and make up for the skills shortage which Europe is currently facing.

EPICUR, the European university project, is based firmly on the values of a Europe constructed on cross-border understanding.

It brings together 8 universities, including 4 members of the Eucor – The European Campus European Grouping for Territorial Cooperation: Freiburg im Breisgau, Mulhouse/Colmar, Karlsruhe, Strasbourg. They are committed to positioning the new EPICUR project firmly in line with initiatives already undertaken and to enhance the visibility of the Upper Rhine in the new alliance.

The 8 partner universities in the EPICUR alliance have set themselves the objective of helping to shape European education, research and development. They will thus invite future generations of European citizens to participate in lessons and teaching methods inspired by the world of interdisciplinary and multilingual research.

Karlsruher Institut für Technologie - Germany
The Karlsruher Institut für Technologie (KIT) positions itself as “the university that focuses on research in the Helmholtz Association” (Helmholtz-Gemeinschaft). It creates and imparts knowledge for the benefit of our society and the environment, and delivers exceptional results, from basic research to applied research in natural sciences, engineering, economics and human and social sciences. It makes significant contributions to the global challenges facing society in the fields of energy, mobility and information. Its key missions are research, teaching and innovation. With 26,000 students and more than 9,000 employees, the KIT is one of the largest scientific institutions in Europe.
Adam-Mickiewicz University of Poznań - Poland
The Adam Mickiewicz University of Poznań, named after one of Poland’s greatest poets, is one of Poland’s top 3 universities with 100 years of history. More than 40,000 students and 1,300 PhD students take courses and conduct research across 15 faculties.
Aristotle University of Thessaloniki - Greece
With 74,000 students, the Aristotle University of Thessaloniki is the biggest university in Greece. Founded in 1925, this liberal arts university is one of the major magnets for scientific endeavour in South-East Europe. More than 4,000 PhD students and more than 2,000 researchers conduct research in its 10 faculties.
Amsterdam University College - Netherlands
The University of Amsterdam, founded in 1632, enjoys a global reputation for excellence in the fields of research and education. This liberal arts university is among the top 20 European universities in the current rankings. Like the Université de Strasbourg and the University of Freiburg im Breisgau, it is a member of LERU (League of European Research Universities). More than 30,000 students takes courses in its 7 faculties and more than 3,000 PhD students conduct research there.
University of Freiburg - Germanye
Founded in 1457, the Albert Ludwig University of Freiburg im Breisgau accommodates 25,000 students. It combines a range of traditional disciplines with modern technology, offering a comprehensive range of courses from information technologies and human and social sciences, to natural sciences and medicine.
Université de Haute-Alsace - France
The Université de Haute-Alsace accommodates 10,000 students, enrolled in 170 courses in DUT (university technology degrees), bachelor’s degrees, engineering degrees, masters, and up to doctorate level, across 4 faculties, 2 IUTs (university institutes of technology) and 2 schools of engineering in Mulhouse and Colmar. It also has 14 research laboratories carrying out basic research and applied research. A very innovative, multidisciplinary university, it is recognised for the quality of its job qualification courses (which include more than 35 apprenticeship courses) and its cross-border courses (with more than 10 bi- or tri-national disciplines).
University of Natural Resources and Life Sciences of Vienna - Austria
The University of Natural Resources and Life Sciences of Vienna is a training and research centre focusing on renewable resources and sustainability. It incorporates natural sciences, technology and economic sciences in its syllabuses. More than 13,000 students take courses in its 15 departments.
Université de Strasbourg - France
The Université de Strasbourg accommodates 51,000 students. 20% of them are international students accounting for 150 different nationalities. Boasting 35 departments and 78 laboratories and research units, it sets itself apart with its multidisciplinary and interdisciplinary range of courses. Its world-class research is conducted by nearly 2,800 lecturers and researchers, including 4 Nobel Prize Winners, who are still working. 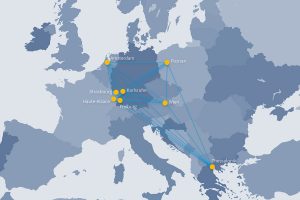 The EPICUR alliance has identified several major work streams, which will define its direction: 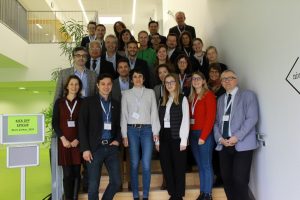 True to its identity and in line with its commitment to Eucor – The European Campus, the UHA’s contribution to the alliance are the intercultural aspects in the EPICUR project,  putting forward several actions that provide structure: training teachers in intercultural and tandem exchange support, research action on the concept of interculturality, etc.

As a Centre for cross-border skills, NovaTris plays a significant role in the implementation of these actions.

The UHA started off the partnership working by organising the kick-off seminar from 20 to 22 November 2019. Teams from the 8 partner universities met up in Mulhouse for 3 days of discussion and sharing and, more especially, several intercultural team building workshops devised and run by NovaTris. This time together helped the project to start off smoothly and efficiently.

Thanks to EPICUR, the UHA is one of the pioneering universities in a group of very well-respected European universities, in line with the French President’s message in his speech at the Sorbonne in 2017. A big thank you to all the men and women who contributed to putting this project together. Thanks to the development of the concept of interculturality that has been done by EUCOR – The European Campus, and particularly by NovaTris, since 2016, EPICUR now enables us to move up a gear: thanks to the collaboration between eight partner universities and the coming together of the Regions that they represent, making interculturality a veritable Weltanschaung, a state of mind in European citizens to do justice to the European ideal. There will be some exciting work ahead for our University members in the coming years, and I am happy to have been able to participate in getting it off the ground. Thank you Europe! * Serge Neunlist, founder of NovaTris and former Vice President of Cross-border Relations and Eucor – The European Campus

*These comments have been translated from French.

This website uses cookies to improve your experience while you navigate through the website. Out of these, the cookies that are categorized as necessary are stored on your browser as they are essential for the working of basic functionalities of the website. We also use third-party cookies that help us analyze and understand how you use this website. These cookies will be stored in your browser only with your consent. You also have the option to opt-out of these cookies. But opting out of some of these cookies may affect your browsing experience.
SAVE & ACCEPT